The basis of the IDEC Group’s corporate governance is to ensure management transparency and efficiency for shareholders and other stakeholders. For this reason, we assign outside directors and separate the management supervisory function from the execution function so as to always maintain a high priority on transparency and efficiency. Under this concept, in order to realize the improvement of corporate value based on “The IDEC Way”, which was established in 2019 as a new philosophy toward becoming a truly global company, the IDEC Corporate Governance Policy has been established and published to further strengthen corporate governance. 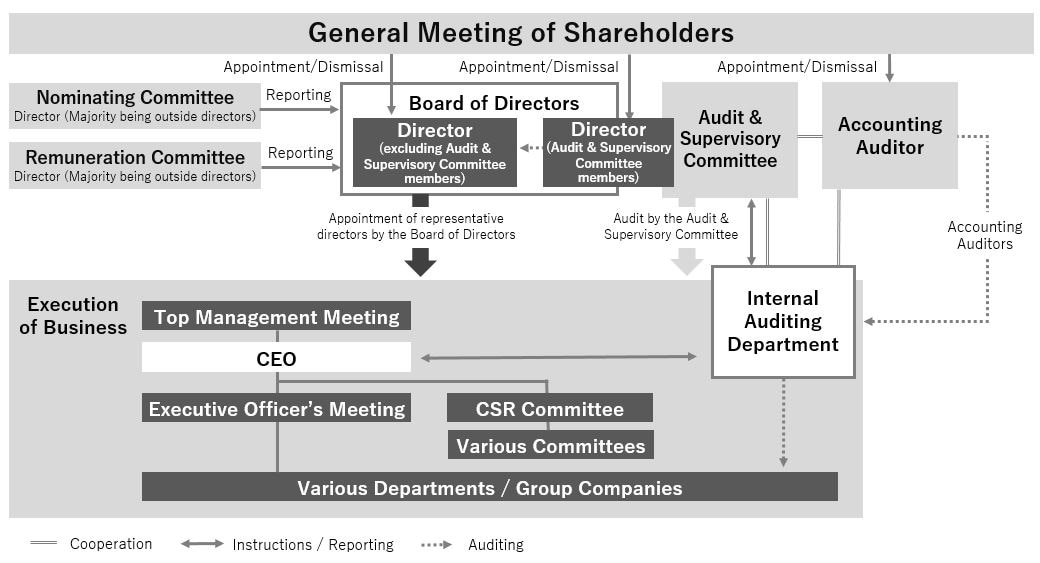 The IDEC Group has separated the business execution function and the supervisory function of the management, in order to realize efficient corporate management, and has proactively appointed outside directors since early on. In 2016, the IDEC Corporate Governance Policy was established to set forth and inform our view on governance and our operating policy. In June 2018, we transformed our status to being a Company with an Audit & Supervisory Committee. In 2022, we have newly appointed outside directors in areas that we believe their contribution was needed, regarding such matters as related to the environment and IT. 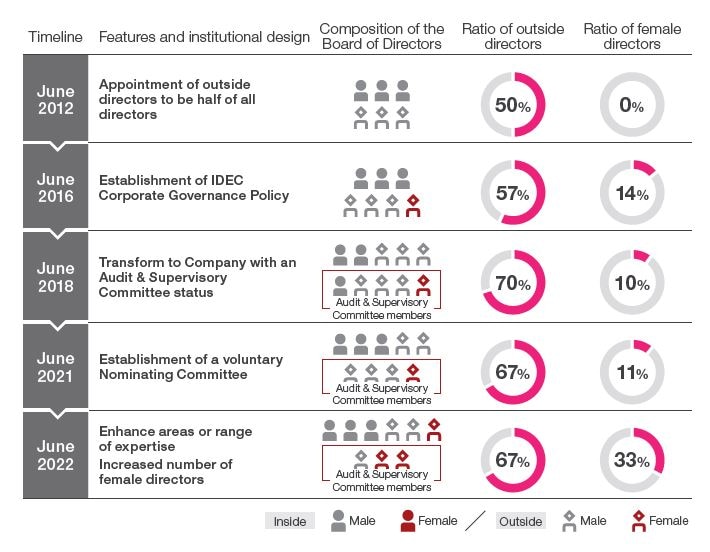 In order to ensure the credibility of the financial reporting of the IDEC Group, we have prepared relevant regulations and have established appropriate systems in accordance with the internal control evaluation criteria for financial reporting. The Internal Control Policy on Financial Reporting is established to clarify the overall Group’s promotion structure, and to establish a framework for continuous self-inspection at each division and group company and for independent monitoring by the Internal Auditing Department.

Proactive Engagement by Outside Directors

Outside directors play a professional and independent role in various ways. At the Board of Directors, they express candid opinions based on their high level of expertise and management experience, and participate in the discussion from an independent standpoint. They are also actively involved in the growth of the Company’s business, including the holding of individual sessions with a responsible department or departments concerning a business issue or subject, and lectures and interviews in the curriculum for next-generation training.
With the objective of enhancing communication among outside directors’ exchange session have been held since FY2019. In FY2022, outside directors deepened examination of medium- to long-term strategic policies of the IDEC Group through active discussions and exchange of views.

The basic remuneration for the Company’s directors is fixed monthly remuneration, which is determined by comprehensively taking into account the position, responsibilities and business performance of the Company.

As for the details of individual remuneration for directors (excluding directors who are members of the Audit & Supervisory Committee), the Audit & Supervisory Committee deliberates whether or not to express its opinion on the remuneration at the General Shareholder Meeting in advance, and not just each director’s position but also the Company’s performance is considered for executive directors, or expertise and management experience in other companies for outside directors, and the Board of Directors, of which the majority is composed of independent outside directors, makes a final decision to leave the matter to the CEO. 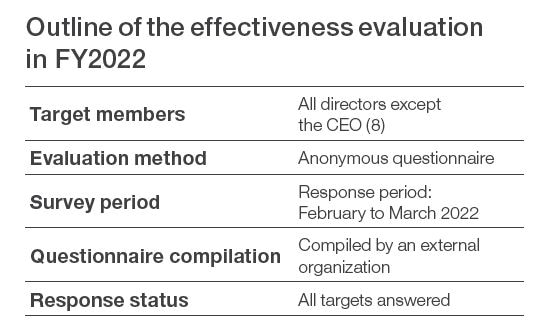 In order to improve the effectiveness of the Board of Directors, an evaluation of all directors except the CEO has been conducted using a questionnaire method every year since FY2016. As the Corporate Governance Code and other governing document require a more sophisticated governance system that takes into account objective evaluation, a questionnaire survey and a third-party organization’s results analysis have been carried out since FY2022. The evaluation results are reported to the Board of Directors, and the issues are shared, and improvements are being made continuously. 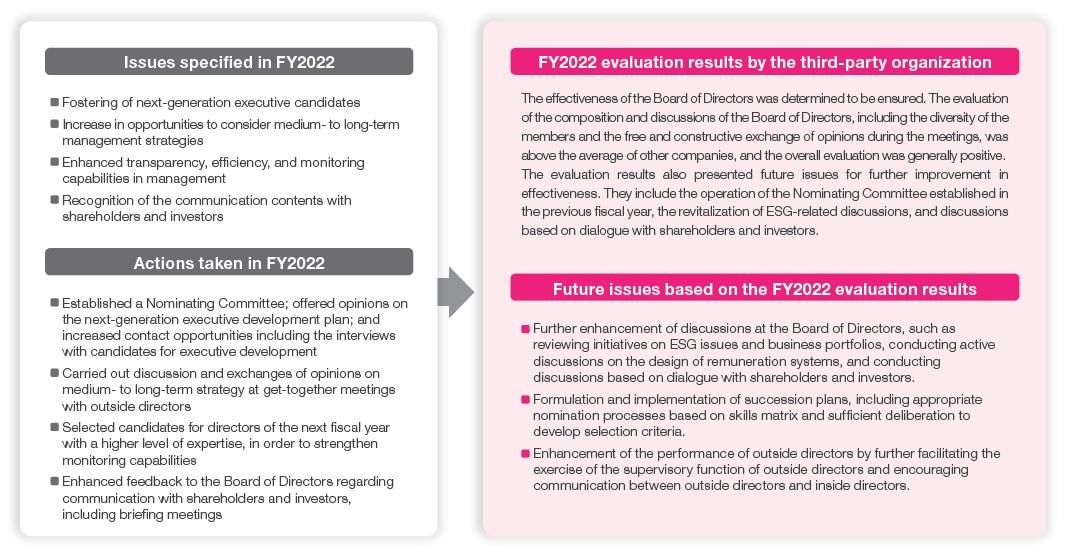